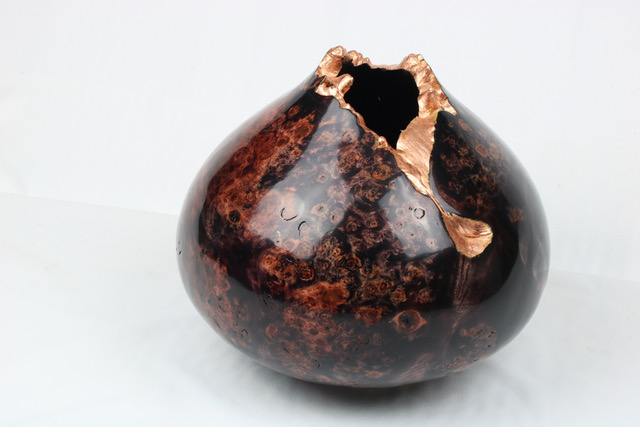 Twenty five or so years ago I bought some English Ash burrs at a woodwork show, I was a really excited about them because I knew how rare and beautiful Ash burr was.

I turned a couple of really nice hollow forms and took them to my next craft fair thinking they would easily sell because of the rarity of these burrs. I worked really hard, explaining to customers the beauty and rarity of the wood but they didn’t get it. I thought ‘what’s wrong with these people, don’t they see how special this stuff is?’

I stood back and tried to look at the pieces with non “woodies” eyes and what I saw was just pale wood forms and it wasn’t until you got really close or picked them up that you could see the burr and figure.

At that time professional turner Chris Stott was using contemporary coloured powder dyes to colour wood, he had blues, red, yellow, green, black which he was dissolving in clear methylated spirits (de natured alcohol) and that was as much as he told me when he gave me some samples of each colour.

No explanation of how to use them, the sequence you put them on, before sanding, after sanding, during sanding. He told me a couple of years later that he didn’t want to have any influence over what I did with them.

I started to play around with the dyes on some Burr Poplar which is another pale or straw coloured wood, the dyes made the otherwise hidden figure stand out I thought the results were ok but friends and family thought it was amazing.

Worried that I would be wasting this beautiful precious burr if colouring went wrong. I took the plunge and turned a couple more hollow forms from my supply of Burr Ash. 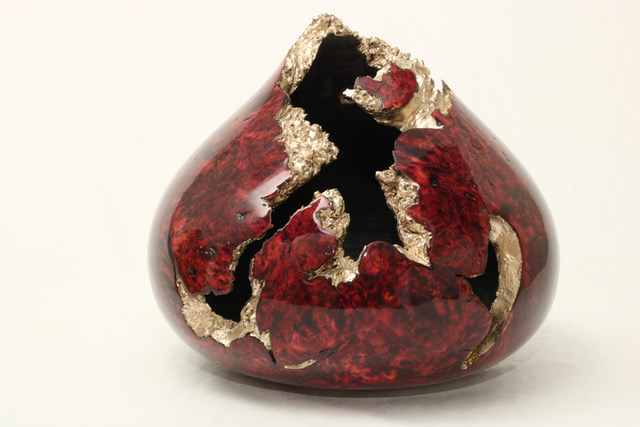 At the next craft fair they sold themselves, now you didn’t have to be close up to see the beautiful ‘hidden figure’ it was now visible from the other side of the marquee, suddenly non woodies got it,  they could now see the beauty in the normally pale wood.

The result of all this is that coloured hollow forms and vessels became my signature work and I have been enhancing white woods with stains ever since.

In this demo I will explain the whole process, from selecting the wood (you don’t need rare Burr Ash) to getting the perfect finish that will make that hidden figure really pop.

Born in Australia, Phil is an Award winning woodturner best known for his coloured vessels and hollow forms.

He is a member of the AAW and the AWGB and a Registered Professional Turner.